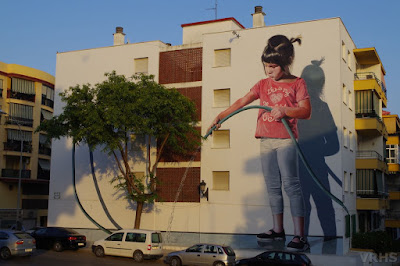 I still remember the first time I came across a mural in the neighbourhood of "3 Banderas" a place that I visit several times per month to buy the meat to prepare our Argentinian BBQ's. At that moment I thought that it was the neighbours of that building who decided to paint it in that way. I didn't know at that time that this mural was one of the firsts in an ambitious project of Street art around the town of Estepona. 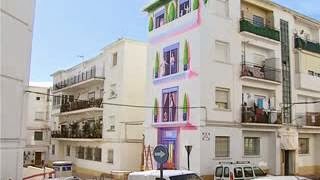 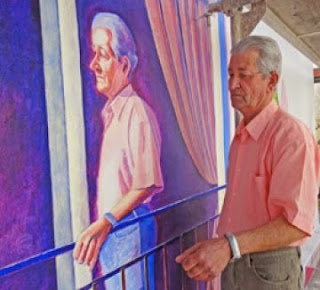 In the last three years, the façades of buildings in the streets of Estepona went from being simple dwellings to be seen as canvases in which artists can exhibit their works. Nicknamed as 'Route of Murals' brought 25 large-scale paintings, a number that will continue to rise in the near future. 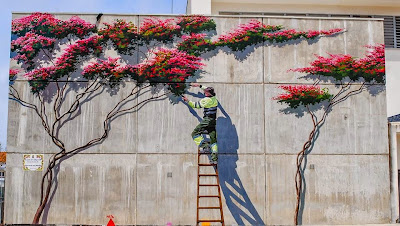 This initiative put the city at the spotlight of national artistic scene. In January 2014, five terraced buildings became the largest vertical mural of Spain. 'Fishing day', created by the artist Jose Fernandez Rios, became the emblem of this route and not only for its size but also for its composition. Only watching it from an exact point of the opposite street you can view entirely the fisherman catching his prey. 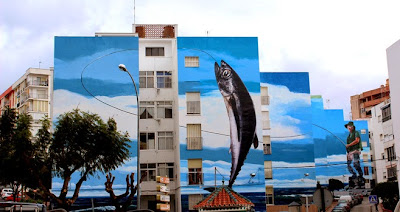 Thematic are mixed and they are many styles. From hyperrealism  to abstract subjects, from nature to music, colors to black and white. Both local and international artists (including Erin Aman whose work is featured in San Peter’s Basilica in Vatican City), have left their signature on the buildings of our city. 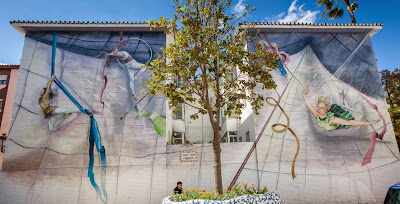 Fortunately, the works will not end with this paintings as it seems that there are many artists demanding "a piece of city" to make their art. It's look like Estepona is becoming step by step in an outdoor museum. 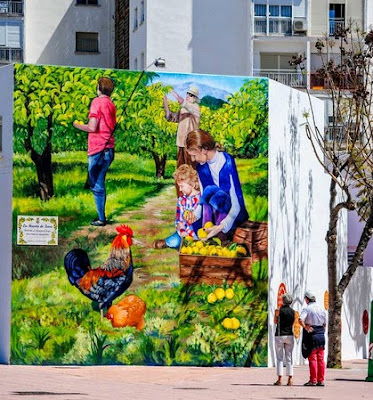 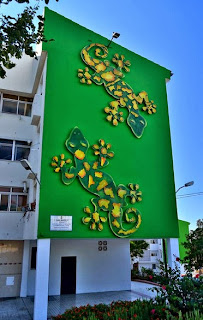 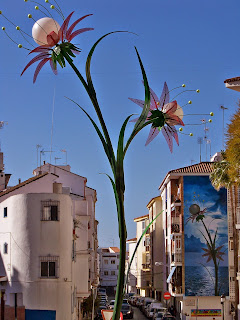 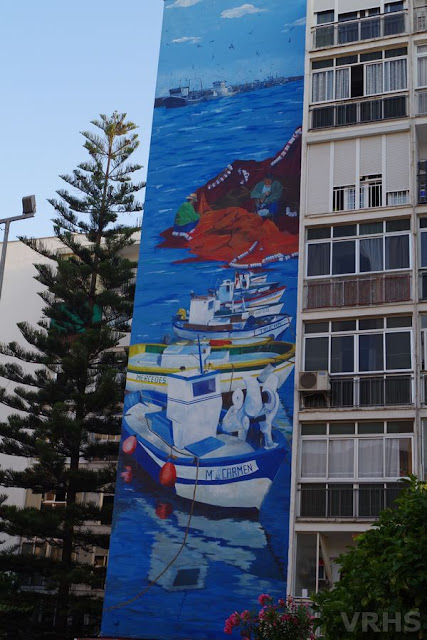 Where you can find the paintings:

If you decide to have a look to all of them, the best is to park near Estepona Marina and walk from there (The first one you will find is "La casa de la buena gente"). It will be a 5 kms walk and you can combine it with the visit to the orchidarium as there are 4 paintings (including "Fishing day") in a 500mts range from there. You will end  near San Jose school (with Azul y Plata),  so you can walk down to the sea side and chill out in one of the beach bars before you start your way back to the port 2.5km). 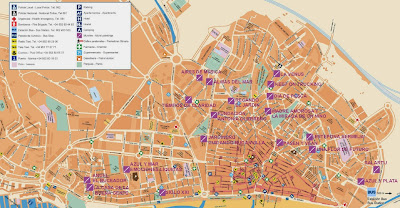 Here you have a video from Estepona town hall with the highlights of this murals.

Don't forget to visit our web page www.vrhomeservices.com and subscribe to our newsletter!!
Posted by V.R. Home Services at 09:00